The Germans, supported by a large number of supporters present at the Camp Nou, had an excellent first half, and at the break they were leading 2-0, after the goals of Kostic (4 ‘, penalty) and Rafael Borre (36 ‘). Kostic doubled the lead in the 67th minute and nothing seemed to happen, but Barcelona showed a burst of pride in extra time.

First, the Catalans were denied a goal in the 84th minute for a millimeter offside by Sergio Busquets, and in the first extra minute the Barcelona midfielder managed to score for 1-3. Xavi’s side scored once more, at minute 90+11, through Memphis Depay, who converted a penalty with a lot of emotion, but it wasn’t enough for the hosts.

In the semi-finals of the Europa League, Eintracht Frankfurt will face West Ham.

90 + 12 minutes: Final! FC Barcelona – Eintracht Frankfurt 2-3, and the Germans qualify for the semi-finals of the Europa League.

90+1 minute: GOAL Barcelona! Sergio Busquets scores from outside the box.

90 minutes: 9 more minutes are displayed from the edge!

Minute 84: Goal disallowed Barcelona! Sergio Busquets pushes the ball into the net from two yards out, but his success is ruled out for offside after VAR intervenes.

Minute 78: Eintracht Frankfurt! Daichi Kamada takes a swing and hits it… Ter Stegen has a fantastic effort on goal.

Minute 58: Eintracht Frankfurt! Lindstrom mounted an inspired counterattack down the right wing after 79 minutes but Ter Stegen was unable to convert at close range. After that, you can see Borre’s players are more interested in killing time than scoring more goals. In the end, he decides not to award a penalty to Barcelona.

Minute 56: Opportunity in Barcelona! Another great opportunity missed by Aubameyang, who shoots Trapp near the goal.

Minute 48: Barcelona opportunity! Dembele passes the ball into the box, but Aubameyang misses the target.

Minute 46: The second half begins! Pedri got injured when the game got more physical, and he had to leave the pitch to be replaced by Frenkie de Jong.

Minute 44: Eintracht Frankfurt! Knauff unleashed a deflecting shot from the right which the visitors keeper did well to deflect.

Minute 36: Eintracht Frankfurt GOAL! After a fine move through the middle, Rafael Borre nearly gave the home side a goal after 25 minutes, but the finishing shot went just wide.

Minute 34: Eintracht Frankfurt! Knauff overtakes two opponents and shoots into the short corner of the box, but the Barcelona keeper has no emotion.

Minute 26: Eintracht Frankfurt! Kostic mounted an inspired counterattack down the right wing after 80 minutes but Marc-Andre ter Stegen was unable to convert from close range.

Minute 9: Barcelona opportunity! Ousmane Dembele crosses the ball into the box from the box for Aubameyang, but the Gabonese sends a small header wide.

Minute 3: Penalty Eintracht Frankfurt! Eric Garcia fouled Lindstrom in the box and the cross kicked the ball 11 yards out.

The return of the quarter-finals of the Europa League between FC Barcelona and Eintracht Frankfurt (1-1 first leg) can be followed from 10 p.m. LIVE on PRO ARENA and VOYO.

“We play in front of the fans and that’s an advantage for us. I think we have to be more careful when we lose the ball, we have to improve our game from that point of view.

For them it’s the most important game in history, it’s an extra motivation that they play against Barcelona.”Barca coach Xavi said in the pre-match press conference.

Despite what the Catalan technician said, The Frankfurt team has a Champions League final (1960, then European Champions Cup) and a won Europa League (1980, then UEFA Cup)..

The Germans of Bild announce that no less than 30,000 Eintracht supporters are expected on the “Camp Nou”! 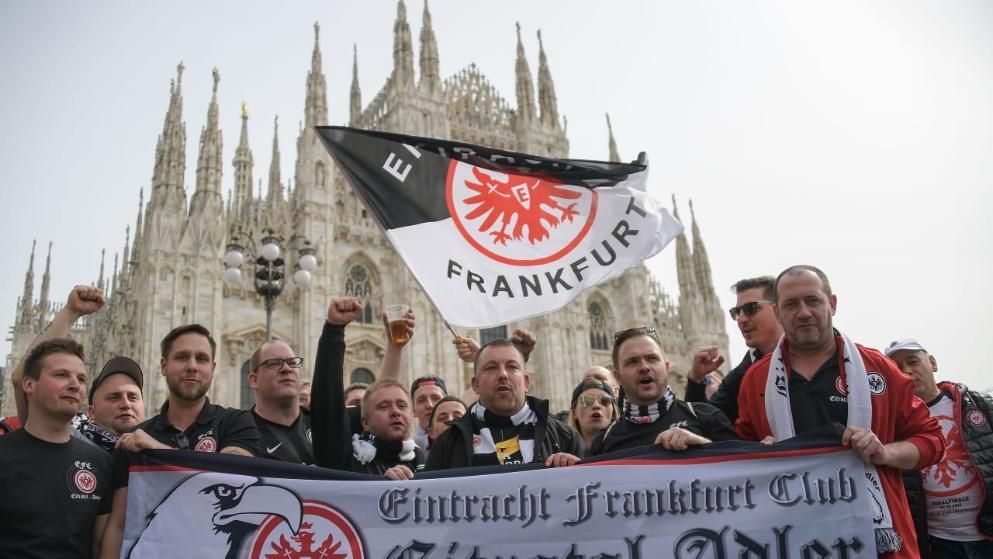 Probable teams, according to the Catalan daily Sport

* Tuta and Lenz are not available