After 9 years, since the project of the new UTA started from the 4th League, relying mainly on funds from local authorities, there is a good chance that the management structure of the club will undergo significant changes. .

From the start it must be said that 90% Alexandru Meszar will remain on the board of the ‘Old Lady’ for at least a period, only that the club’s budget will receive a large injection of private capital.

This is exactly what is missing from a more competitive team created around important personalities of Romanian football, led by Ilie Dumitrescu.

Big plans with UTA Arad. Who are the businessmen of Arad who once cheered with Alexandru Meszar

Where will this money come from? Businessmen from Arad, who united around him Simion Apreutese, owner of Alexander Holding International.

His wife, Loredana Apreutese (the manager of the concen) signed the first sponsorship contract with UTA in the 2019-2020 season, and it was extended in the following one, with total investments of around 350,000 euros. Last summer, unhappy with certain aspects, Apreutese did not extend the partnership with the “red-white” team and chose to support CSA Steaua, in the 2nd League. This winter, however, the important businessman is reconnecting with better feelings than the number one brand in his hometown (he grew up in Calea Aurel Vlaicu, in the stadium district) and seems ready to resume financing. But, this time, taking over the whole club (paying off existing loans and debts) with three other important partners, also from Arad.

Marius Grada he is the manager of Romasia (importer from China) and he has been a partner of the UTA club for several years now. He has good relations with Ilie Dumitrescu, who accepted the invitation to follow experience the match of the Arad team in Sfântu Gheorghe. Yesterday, the former striker of the “Golden Generation” was immortalized by television in the official stand of “Sepsi Arena” alongside Apreutese and Laszlo Balint, the former coach of the “Old Lady”, who is remained emotionally attached to the team he led. successfully until the winter of this year.

Catalin Nathan Juncan has business in the field of transport and logistics and not only, in the United States. He left the Arad gallery, remained emotionally attached to it, and last year he helped Arad fans pay fines, on behalf of the club, for the use of fumigants, torches or firecrackers. He was recently at Arad, but had meetings with Meszar and Apreutese, notably in Madrid earlier this week, where the three also watched the second leg of the UEFA Champions League quarter-finals, Real – Chelsea and Atletico – Manchester City.

Rudi Vizental he was a former director of BRD Arad, and now he is the CEO of Romania’s largest investment fund, Roca Investments. It was joined by important Romanian companies, such as Dedeman, Transavia, Mobexpert (owned by Dan Șucu, who – apparently – will be involved in Rapid) and others. Vizental is also a former supporter of the Old Lady, he is a subscriber to the first platform and he is also very involved in the initiative group which wants to take over UTA.

An SA is prefigured, also open to “partners”

The four businessmen also had the endorsement of those of the Suporter Club UTA when they started the talks with Alexandru Meszar. Things stalled a bit, but before the game with Rapid, according to our information, the parties cheered. Of course, this is a tentative deal, and if all goes well, the ownership swap will be in the papers somewhere in May. For at least another season, the club remains organized as an NGO, after which the intention is to set up a joint stock company. The latter will also have the “partner” part, in the sense that any supporter will be able to contribute and will have the power to choose the direction of the club.

Reach this part of the club direction, Ilie Dumitrescu could be the main character. There is even talk of being president of the club, he would kiss “Monsieur” for UTA, a noble club based on its moral values. Obviously the former international will have difficulty in club, especially on the sporting level, but it will also be an important vector of image. At first glance, Dumitrescu’s contracts as a TV analyst may continue, although he will have an official post at UTA.

Beneath the former ‘Golden Generation’ striker should appear a young, fiery executive director, who should not necessarily come from the world of football, but be – rather – dox in matters of management. Then, of course, the other club positions, rooted in the reality of Romanian football, will be occupied.

Ilie Poenaru, at the top of the list for the post of coach at UTA. Other impresarios enter the landscape

In terms of results, UTA is not going through the best period. The team has lost the train for the Conference League places, and in 6 days, on Saturday, they have a very important, if not decisive, match with Chindia to avoid 13th place, from the play-off to stay in Ligue 1. With this group , Arad’s team, he shouldn’t have any problems playing in the elite year, and plans for a new coach are already ‘made’. The influential people of the club have analyzed the candidates in blood and, apparently, at the top of the list would be Ilie Poenaru, the one who, the previous season, managed Academica Clinceni and Gaz Metan Mediaș. 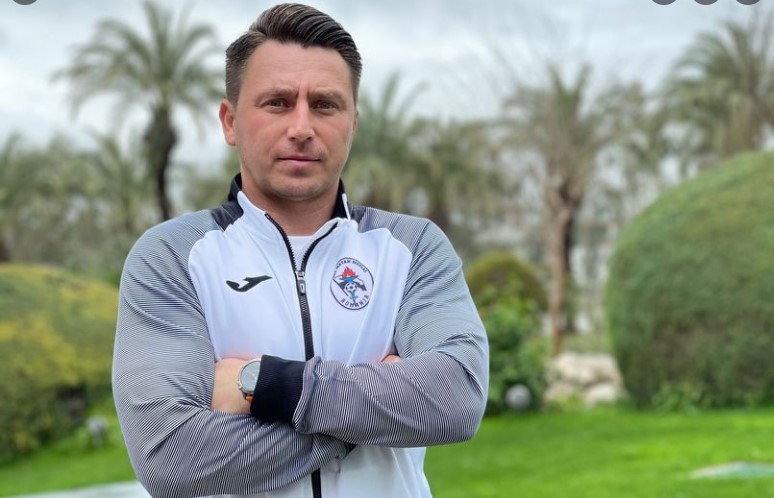 That is, the groups that will be relegated from Ligue 1, but not because of the sporting aspect, but because of bad management. But in the “books” there would be Mirel Rădoi, Eugen Neagoe and even an important foreign coach. Then, in terms of working with contractors for future transfers, the club will open its horizons beyond Bogdan Apostu. Obviously, Hunedoara remains a key point representing some players who could continue in ‘white-red’, but if Dumitrescu’s arrival at the club is confirmed, Giovanni or Victor Becali will also offer players. Then, in the landscape appears the name of Mihai Joița, a very active impresario on the French market, with whom UTA collaborated 10-15 years ago.