Poli Timișoara ended, literally and figuratively, on his knees the match with CS Comunal Șelimbăr, a team that won the arena of Știința with 2-1, during the 4th stage of the Ligue 2 play-offs .

In the end, the Banat team gallery got angry again, and Nicolae Croitoru struggled to find his words, not wanting to talk hotly about a breakup or the blunders committed during the transfer campaign wintry.

Poli started the match with Șelimbar from 0-1

The white-violets had a hellish start to the match. After 40 minutes, Alexandru Ciocâlteu had to be transported on a stretcher in agony. In a game where Ursu was almost invisible again, a sign that the striker only breaks the clouds with opponents like Danube Calarasi, Poli couldn’t cause attacking problems the whole first half, at the out of which came another goal, scored by Alexandru Curtean, a former policeman from Marian Iancu’s club. He scored with a header after a corner, on Devenish-Meares, the second goalkeeper solution in a club which nevertheless wants to be pretentious, in the conditions of Murariu’s exile outside the group. 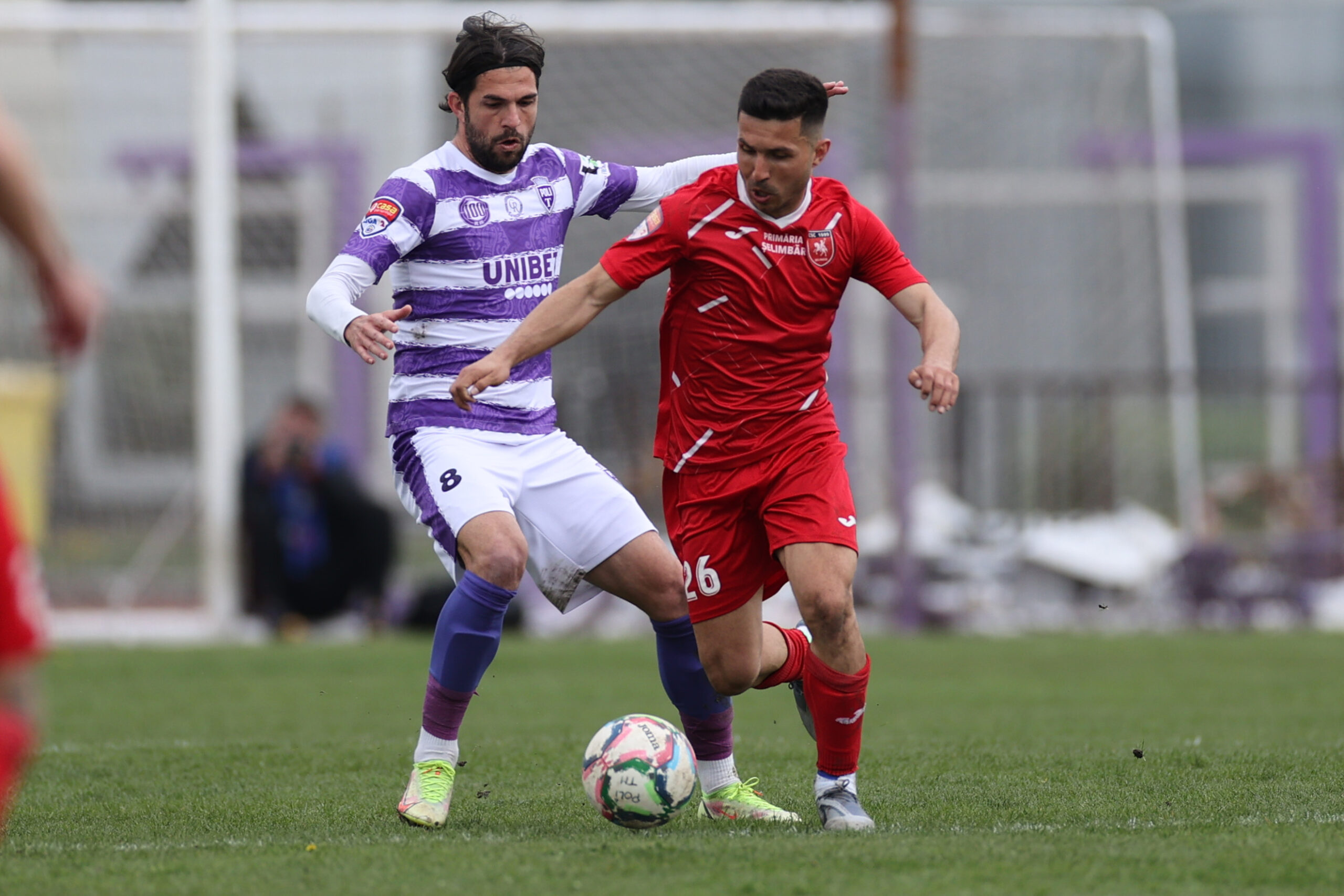 The goal of Doru Andrei, insufficient. Tensions throughout the game

Both teams finished the first half strongly, a sign of the tension of the match, especially for the inhabitants of Timisoara. Poli attempted to return to action in the second half of the match, but was unsuccessful.

In the 69th minute, Sofran hit the crossbar with a shot, and six minutes later, in reply, Yameogo headed for the goal, but the Australian goalkeeper intervened, this time.

Timisoara’s goal fell in the 79th minute, from the foot of Doru Andrei, who had shot forward, then it was in the direction of Curtean’s rejection, the ball bouncing into the goal of a dreamy Gal. There were tense moments at the end, both when Yazalde left, but also between Rotar and Mera, who wanted to strike and escaped and went unpunished by referee Cristian Codrea. 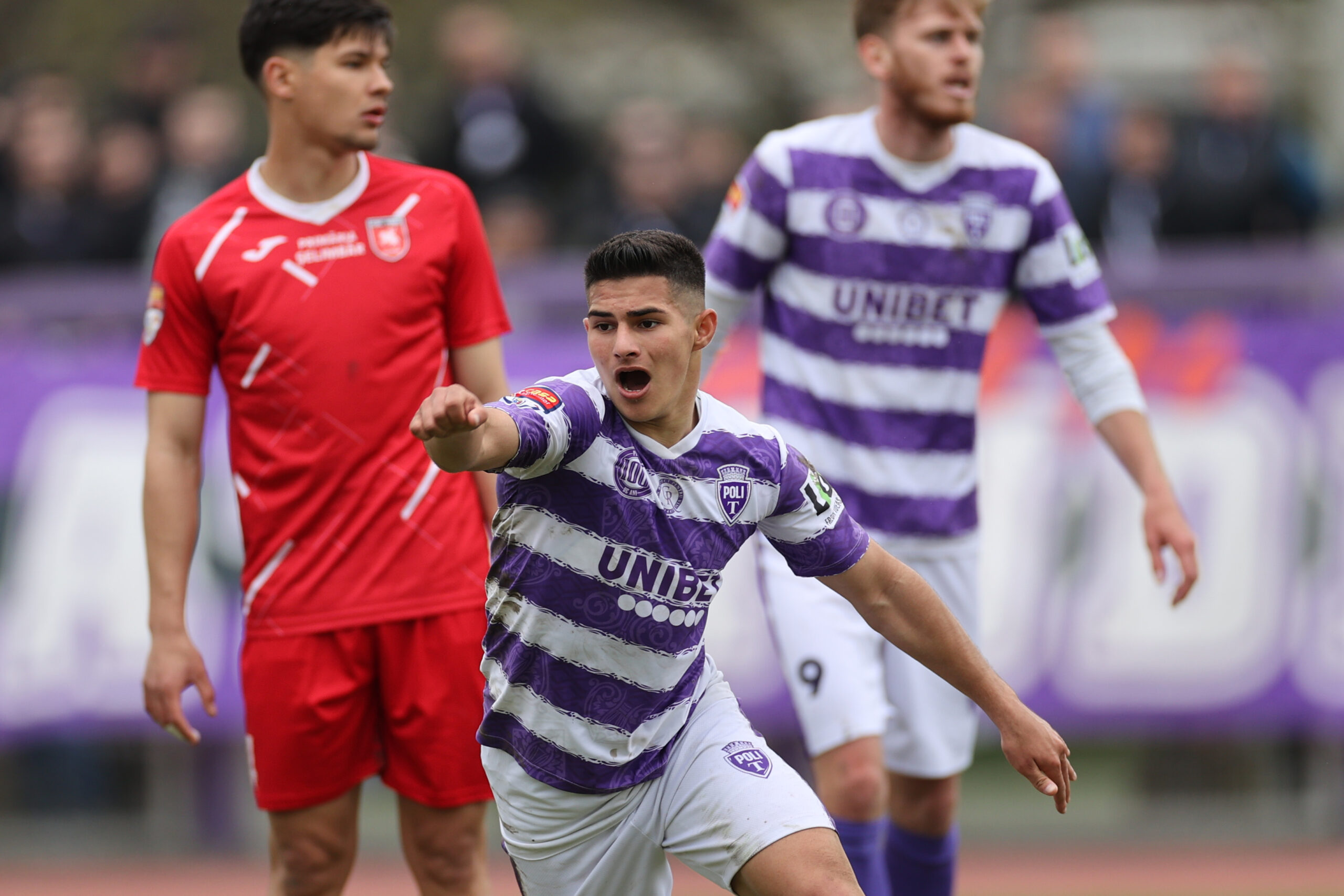 Nicolae Croitoru: “The chances of avoiding the play-off are nil”

Nicolae Croitoru was upset again after the game. Poli can still avoid the play-off only if he overtakes Poli Iași in the standings, with whom he has a direct match in the final stage.

“We are aiming to win this game, it was very important to do so. Unfortunately, we didn’t even manage to equalise, which means the chances of avoiding the play-off place are almost zero. I think it’s “The only thing that matters is the result. The rest, what happened on the pitch, doesn’t matter anymore. Unfortunately, I started the game very strong. We started 0-1 I struggled, until the middle of the first half, after which in the end I conceded again a very easy goal and that’s how the history of the game was written “It’s painful that we didn’t win. It’s painful that we didn’t find the best way to approach victory. I think that was the most important thing. It’s up to us to prove that we let’s do the right thing and impose ourselves on the playing field”Croitoru said of the game. 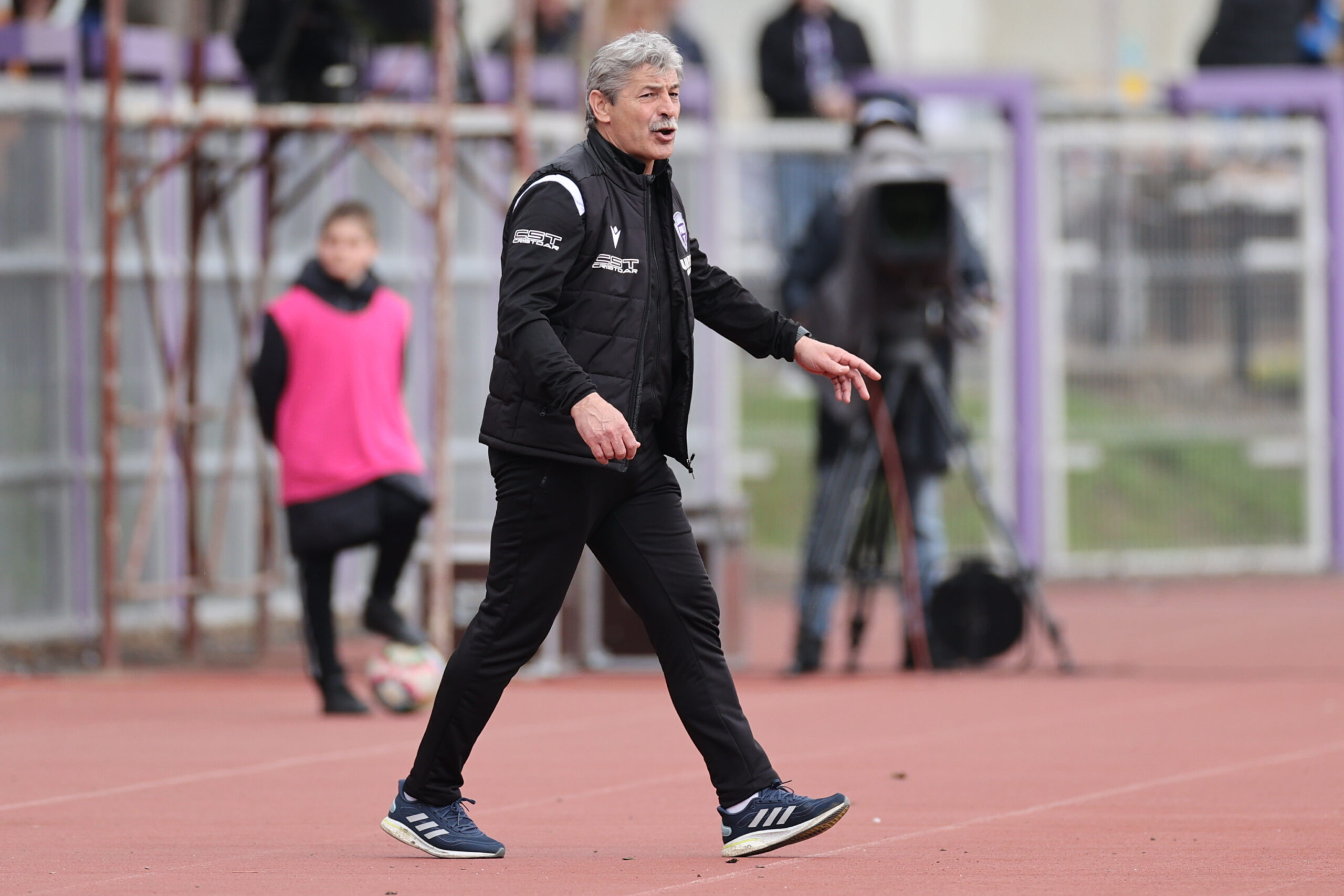 “The results are those of the coach.” Croitoru doesn’t think about quitting

Croitoru said he guessed the outcome. “Of course, the results belong in the first place to the coach. If the team did not manage to win, it is because we did not find the best means and methods to make them win. “said Croitoru.

Asked what he will do if asked to step down, the manager said he was not thinking about it after the game. “I don’t know, that’s not what I think now”Croitoru also said.

The Dâmboviţa coach was also asked about the winter transfer campaign, which involved bringing in names like Iamandache, Plumbuitu (not even used), Rogosic, Vukoje or Sîntean, all of whom would rather drag the team down instead than help him. . The question was whether the campaign was a complete failure.

“I would hesitate to draw conclusions, perhaps they would not be the most appropriate”, Croitoru said of this aspect. All this, in the context where the club, having become a joint-stock company, would have more money than ever!

The coach also said the team is always indebted to the fans. “I believe we owe it. And, sadly, I still owe you.”stressed Croitoru.

With 24 points, Poli Timișoara is also in 5th place in Group A of the Ligue 2 play-outs, a position which leads to the retention of the play-off. The next round will move to Dacia Unirea Brăila, on April 22, starting at 11:00 a.m., being the 5th round match. Poli Iasi has 30 points.