Liz Sheridan, who played a beloved mother with Jerry Seinfeld on his hit sitcom, he is dead Friday morning. She was 93 years old. Sheridan died of natural causes five days after her birthday on April 10, said Amanda Hendon, her representative and longtime friend. She did not provide further details, including where Sheridan lived.

Her role in “Seinfeld” as Helen was her best known, but she followed decades of work on stage and screen. In the 1970s, Sheridan appeared on Broadway in songs and musicals, the latter including “Happy End” with Meryl Streep and “Ballroom.”

She has always been very grateful to her fans and was blessed to have enjoyed decades of entertainment work, including singing on her show “Mrs. Seinfeld Sings,” Hendon said in a statement.

On the ‘Seinfeld’ actress’ meteoric career

Sheridan starred in television series, including “Kojak,” “Cagney & Lacey” and “Family Ties,” and played neighbor Raquel Ochmonek in “ALF” from 1986 to 1990. “Seinfeld” from 1990 to 1998, with Barney Martin as her husband, Morty. “How could anyone not love him?” Helen said about her boyfriend Jerry. 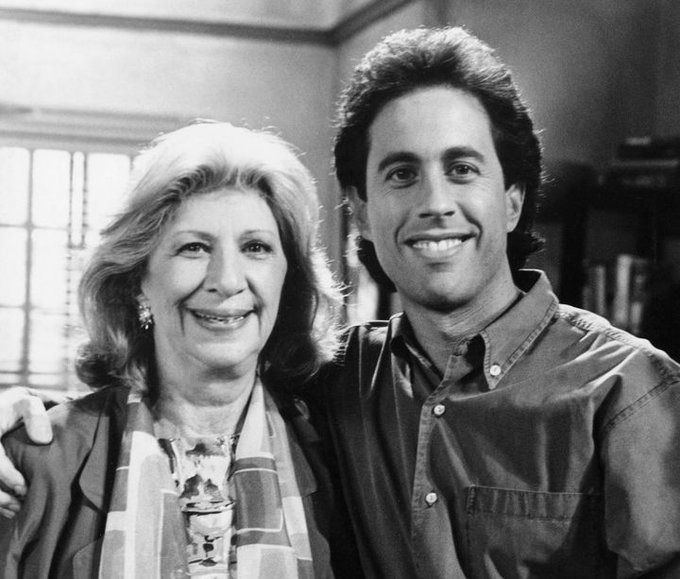 Liz has always been the sweetest, cutest mom on TV a son could ever wish for,” Seinfeld wrote on Twitter Friday. “Every time he came to our show it was the most comfortable feeling for me. I’m so lucky to have met her.”

About the love between Liz Sherida Jerry Seinfeld

Sheridan explained how in love she was with Jerry: “I’m going to hug him goodbye and hug him,” she said. “I told him I loved him like he was my son. He said, ‘I know. I love you and Barney as if you were my father and my mother. ”

He appeared in films such as “Legal Eagles”, “Forget Paris” and “Wedding Bell Blues”. The 2010 TV movie “The Rooneys”.

In his book “Dizzy & Jimmy,” Sheridan recounts an early 1950s romance with a then-unknown James Dean. Sheridan, nicknamed Dizzy, was a young nightclub dancer in New York when she met Dean. After they broke up, he became a star in movies like “Rebel Without a Cause.” Dean died in a car accident in 1955 at the age of 24.

New York-born Elizabeth Ann Sheridan was married to jazz musician William Dale Wales, who died in 2003. Sheridan is survived by her daughter and son-in-law, according to Hendon.